WHO IS STEPHEN C. O’CONNELL? Stephen Cornelius O’Connell was a UF alumnus, attorney, appellate judge and sixth president of the University of Florida. After growing up in West Palm Beach, O’Connell attended UF from 1934-1940, where he served as president of Alpha Tau Omega, his sophomore class and the student body. A star athlete, he was captain of the Florida Gators varsity boxing team, setting the record for fastest knock-out and winning the SEC middleweight boxing championship. He also helped coach the team in the late 1930s. After an active tour of duty in Australia with the U.S. Air Force during World War II, O’Connell served 12 years on the Florida Supreme Court. In 1967, he became the first alumnus in the history of the university to be appointed president. During his six year term, 1967-1973, he guided the university through a tumultuous era of student protests. He oversaw the integration of the university and reorganized the alumni association and advancement programs. When he announced his resignation in 1973, returning to his law practice and taking up cattle ranching, he left a legacy of fiscal strength and diversity at UF. The Stephen C. O’Connell Center was dedicated in 1981 to recognize his many years of devoted service. O’Connell died at his ranch home on April 13, 2001. He is survived by his wife, Cynthia Bowling O’Connell, three children and eight grandchildren.

We’ve had lots of changes around here!  The timeline will be updated soon. Dec. 31, 1980
The Harlem Globetrotters make the first of their 19 eventual appearances in the O’Connell Center, becoming the first touring event to appear in the O’Dome after its opening.

1981
On tour since the ‘60’s, the Beach Boys bring their good vibrations to the O’Connell Center

1981
O’Connell Center pool dubbed “one of the world’s fastest” by the St. Petersburg Times 1986
Comedian and actor, Robin Williams, graced the O’Dome with his “little spark of madness.”

1991
Garth Brooks concert sells out in 19 minutes, the fastest sellout in O’Dome history.

1991
Six years after his first trip to Gainesville, Sting takes the stage in Gainesville once again 1999
In a completely sold out show, the winner of multiple Grammy Awards performs his “Evening with Elton John” solo concert

1999
ESPN Magazine calls the O’Dome “the scariest place in the country to play.”

1999
In the same year he was inducted into the Rock and Roll Hall of Fame, Billy Joel takes the stage to a sold out crowd in the O’Connell Center

2004
After announcing her farewell tour almost two years prior, Cher took the stage and performed in front of over 7,000. 2006
A newly Gatorized Final Four floor is installed, along with four videoboards 2013
As part of an anti-smoking effort, OneRepublic plays a sold out show for free to UF students 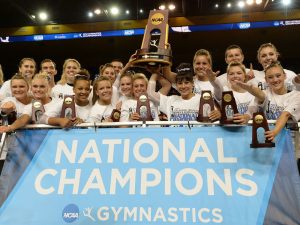 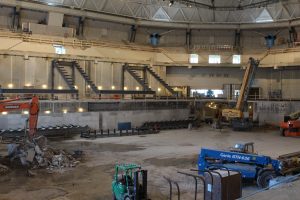 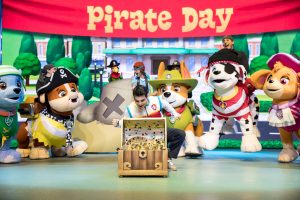 July, 2018
Fans of the hit children’s TV show Paw Patrol are able to see their favorite characters live on stage